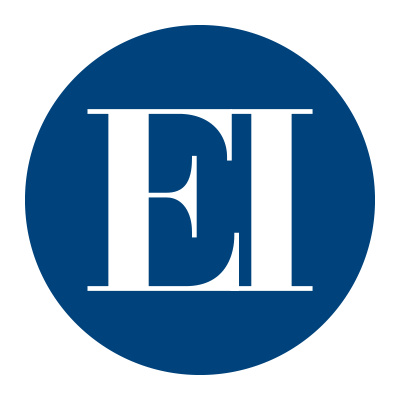 Over the last several decades, conversations on political issues have become decidedly coarser and more personal. The proliferation of social media and other forms of digital communication make it easier to attack those with whom we disagree and lead not to the resolution of problems but divisions into camps. To move the conversation from “us versus them” to a more productive form of discourse, the Eisenhower Institute is hosting the Civil Discourse Series to promote deeper, more reflective, and more respectful ways to deal with disagreement.

In spring 2020, we saw the world change around us. The challenges facing us, already serious, have been compounded by economic uncertainty and new threats to public health. As part of our mission to promote non-partisan discourse and critical analysis of long-term issues, the Eisenhower Institute launched EI Live, a series of conversations featuring expert perspectives to help make sense of the world around us and lift up lessons from the legacy of Dwight D. Eisenhower.

Every year, the Institute hosts three formal lectures in Gettysburg that are open to the public: the Blavatt Lecture, the Constitution Day Lecture, and the Henry M. Scharf Memorial Lecture on Current Affairs.

The Institute provide opportunities for thought leaders, students, community members, policymakers, and others to come together to discuss the important issues of today.

How Ike Led: Lessons in Leadership with Susan Eisenhower

In September 2020, the Institute hosted a special virtual event celebrating the launch of Susan Eisenhower's new book How Ike Led: The Principles Behind Eisenhower's Biggest Decisions.

The Institute believes in engaging and contributing to the greater community. In 2019, the Institute hosted a commemoration of the 75th Anniversary of D-Day, which featured remarks from historians about World War II and the Eisenhower legacy. The Institute also hosts book discussions and other events, such as a reception honoring Medal of Honor recipients.

On March 30, 2019, the Eisenhower Institute at Gettysburg College and the Dwight D. Eisenhower Society hosted a one-day symposium to commemorate the 75th anniversary of the Invasion of Normandy. The event featured remarks and lectures from distinguished experts on General Dwight D. Eisenhower and the Second World War, including Susan Eisenhower, Dr. George Colburn, Dr. Craig Symonds, and Dr. John C. McManus.